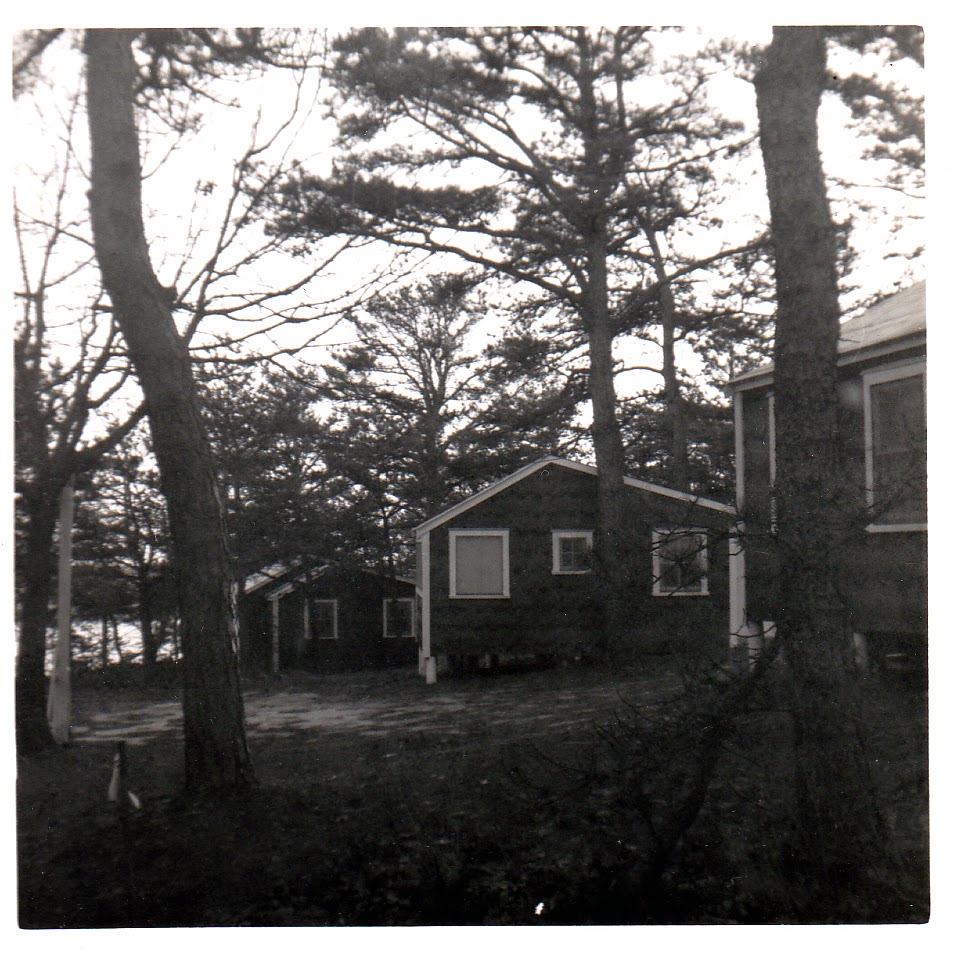 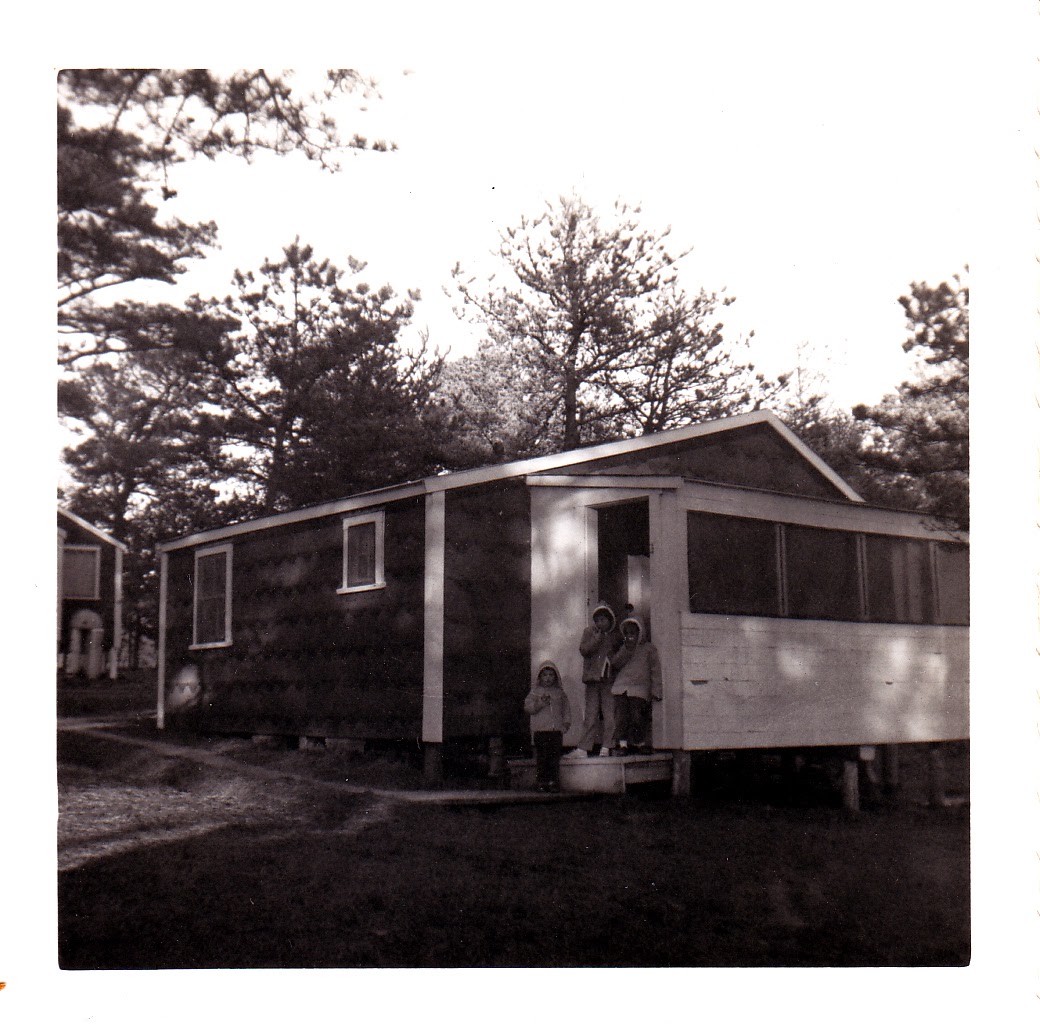 Combining here two short journal entries that show my father continuing to explore the idea of a written sketchbook, cataloging in word statistics and descriptions of nature and the environment.

Also, for your enjoyment, I found a couple pictures of Drummer Cove Cottages, one featuring my three sisters.  ->

January 3, 1962. Sketchbook
The wind blew in hard for two days out of the west across the bay. And on the third day while still it blew, I went to the beach at Skaket for seaweed and grass to bank the house against the cold. On the beach half covered with sand and drift I came upon an oar. Its blade was split, a third of its power gone, it lay mute along the heaps of black weeds.

I brought the oar home to look at it more closely. Six foot tall, it stands, thin and lean, tapered straight to the blade, and nicked and scared, a piece of heavy leather where she fit the lock. Probably all the way from Scotia, a neighbor said. See, it’s long, like as not for a dory.

Somehow cast adrift, the oar rode the currents south by west through fog and squalls, brine swelled, a strong tough hardwood, bleached white as bone but carrying yet the remnants of yellow paint or varnish while deep within the blade still showed a tint of red where she’d dipped the sea uncounted times. Whose hands gripped this oar? I’ll never know.

January 5, 1962 CCSB (Cape Cod Sketchbook)
A mist rises from the tidal meadow for several forces there are met. Some days ago it snowed, and banks of white are left across the ocher marsh and now it rains a steady coming down of drops too fine to see, a warm rain for January after days of cold.

Add to this a tide not quite at flood but high enough to line the marsh with lakes and flows, a vast wet place, mottled brown and white and gun-metal gray hazed now with mist.

Ducks course the channels of marsh and gulls appear and pass gracefully, silently, in the air above until at last beyond the road and the dark outlines of shrubs there is only mist and with it the strong salt smell of the sea.
Posted by Dell Smith at 11:28 AM

What a beautiful passage -- it almost reads like poetry. Love seeing the cottages again and the little bundled up girls!

Love these entries with Dad's beautiful writing of the stunning nature surrounding him.