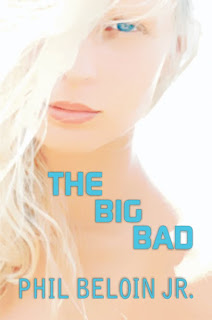 The Big Bad, the debut crime novel by Phil Beloin, Jr., is a lean, crude, fun ride. The novel is populated with stoolies, pornographers, redneck hitmen, alcoholics, necrophiliacs, ex pro-hockey drug dealers, ex-cons, and more hitmen. In the deft hands of Mr. Beloin, this motley crew is presented as an almost endearing bunch of screw-ups. They talk tough and act crazy, but they’re also human, with humbling foibles and recognizable tics.
When we first meet The Big Bad’s anti-hero, bar owner Nick Constantine, he’s a quiet alcoholic who just wants to live a semi-secluded, non-productive life above the seedy bar he owns, in a boring mid-sized city, in the middle of Connecticut. He’s a former strong arm for Irv Marquette, a pro hockey player turned full-time drug dealer. Nick’s done some bad stuff to bad people in the past. Now he lives on the payday earned when he turned state’s witness—a move that sent Irv to prison for tax evasion.
While Nick never claims to be a Rhodes Scholar—constantly in a cloud when faced with any big word or concept—he’s smart enough to keep his bar unsuccessful so he can write it off as a tax deduction. It’s a small point that illustrates Beloin’s use of dichotomy; he never misses a chance to turn a cliché on its head—either for a laugh or to add some depth or twists to the proceedings.

The story gets its kick start when Nick wakes from a bender with two beautiful young blondes sleeping in his bed. He can’t remember how they got there. It’s a great hook. Probably one of the most effective classic pulp fiction plot devices. After making sweet love to the closest blonde, it dawns on Nick that these lovely ladies aren’t just wicked hungover, they’re dead. It’s a ballsy move, putting necrophilia in the first chapter of a debut novel. But it’s Beloin’s warning shot to the reading public: “Join me on this funny/wacked journey or close the book now and miss out.”

Irv, now out of prison, gets some dirt on Nick—video footage of the dead girls in his apartment. He blackmails Nick into finding his lovely virginal girlfriend, Pamela, who has run off without a trace. Nick has no choice but to take the assignment. He hasn’t played enforcer in a while, and the fun of the novel is seeing this lug forced to rediscover his dusty wits and survival instincts to outsmart the bad guys, even while smoking three packs a day and drinking beer morning, noon, and night.

Marbled throughout are anachronistic details which call into relief the history of crime fiction, used not as crutches but as motifs, tapping into the reader’s conscious (or subconscious) history of the genre. Poor people live in ghettos and slums. Nick drives a Delta. The source of blackmail evidence is footage on a VHS videotape. It’s all very 1940s, 1970s, or 1990s, depending on the scene.

The characterizations also mix old and new. Nick talks and thinks like a classic tough guy but he’s also misanthropic, homophobic, and sexist. He’s a reflection of contemporary fears and worries; he’s not really searching with a moral compass because he never had one. He may have a code of honor like some honorable Western outlaw, but it’s never articulated.

To any God-fearing normal, he’s the personification of moral turpitude—a one-man melting pot of addiction, hatred, bad moves, quiet rage, and lethal training. We still somehow root for Nick because he has the capacity to recognize the bad in very bad men. He’s part classic detective out of Dashiell Hammett, part James M. Cain everyman making bad choices for the wrong reasons, and homage to the psychotic screwups that pepper Jim Thompson’s grittiest tomes. Yet he can still fall in love and care for his cat.

Many of the characters are sensitive in unexpected ways that transcend boilerplate: Irv’s a stone cold drug dealer, but he’s still insecure about Pam—like an adolescent worried sick over his crush liking him back; Irv’s bodyguard, Michelle, is quick with a semi automatic, but she also had to overcome an abusive father; Eddie, the pornographer Pam has connections to, is an Iraq war vet who can’t get it up.

Nick eventually tracks Pam down at a remote cabin above a picturesque lake. But don’t let the beautiful countryside fool you. It is here that Nick uncovers the truth about Pam and how she has been playing Irv for a fool.

Beloin shines during the inevitable shootouts and double-crosses. He expertly paces his scenes of kinetic violence at the cabin and in the nearby barn and woods, letting adrenaline-fueled momentum and lean description ramp up the tension. The final showdowns feel liberating; they read like a prose version of a violent Sam Peckinpaw film mixed with the diabolical glee of Roger Corman’s ruthless Depression era crime spree flick Bloody Mama.

Don’t miss out on Phil Beloin, Jr.’s wacked, wickedly funny revisionist crime novel The Big Bad, available at Amazon.com. Read my interview with Phil over at Beyond the Margins, where he talks about his interest in crime fiction, how movies and TV influence his writing, and follow links to read some of his stories online.
Posted by Dell Smith at 9:08 PM 3 comments:

They post one photo a day. You can see the books from famous locations such as the British Library, the Anthony Burgess Museum, and bookshops from Salem to Melbourne City.


Meanwhile, here are some photos from my own collection: 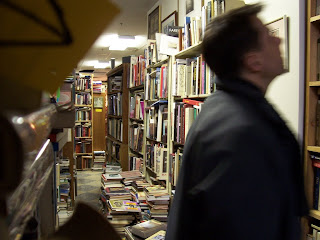 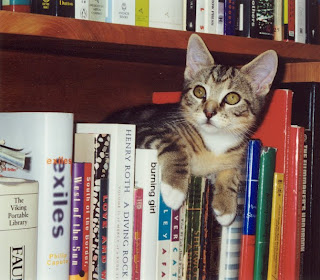 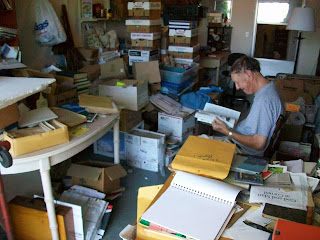 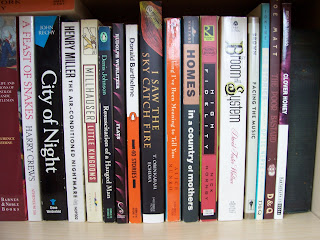 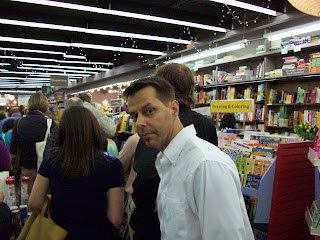 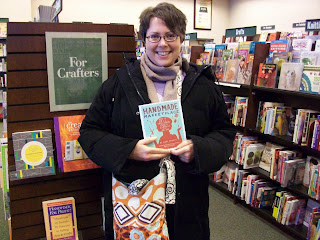 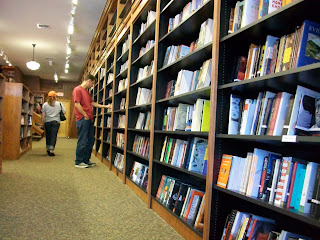 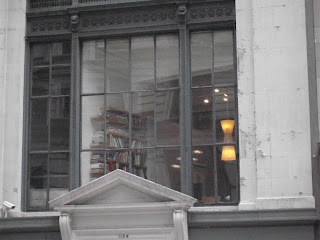 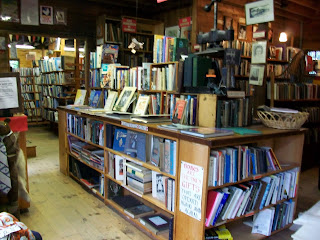 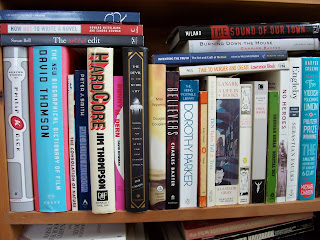 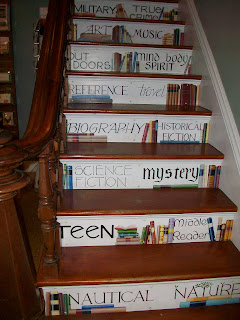