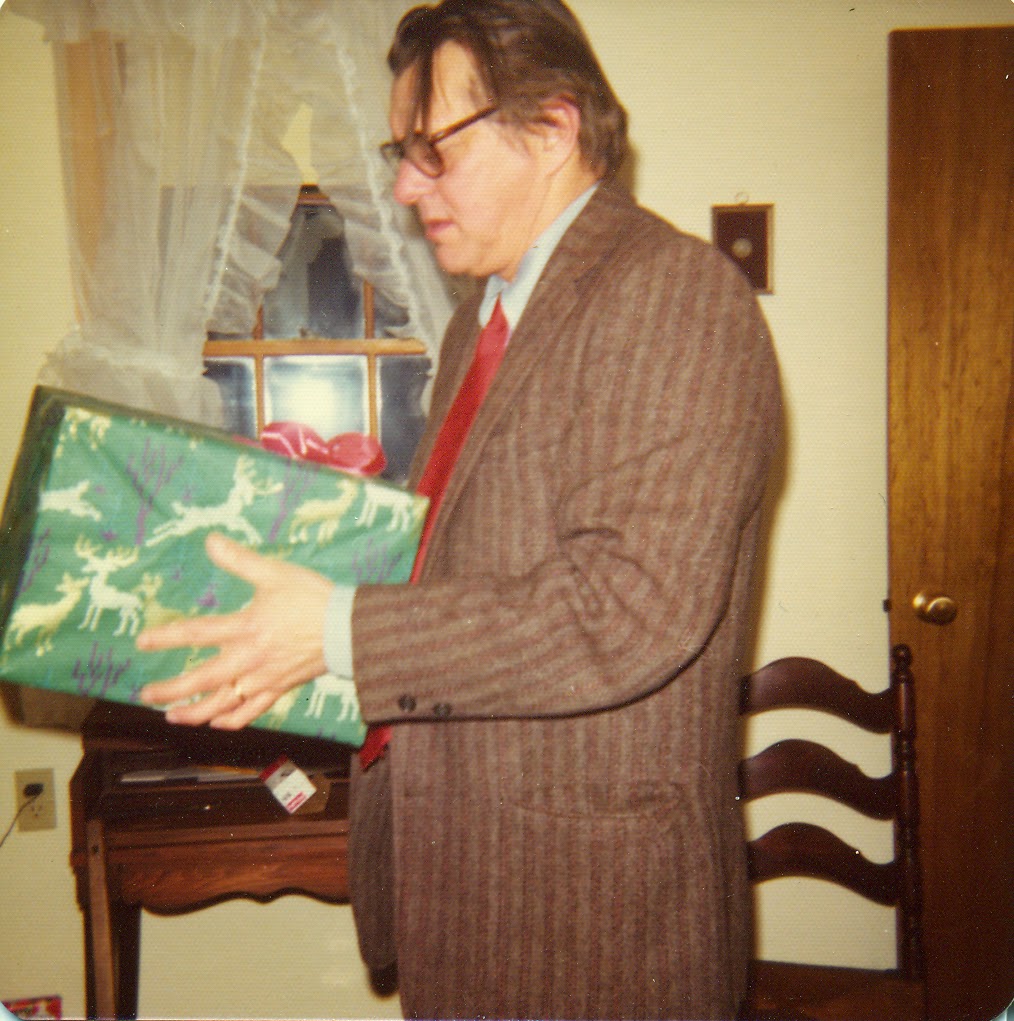 Here's another installment, which finds Wendell reflecting more and more on Cape Cod nature and weather, in weatherproofing his new home and also through his art.

The wind comes in gusts in off the bay, gusts but never dropping below 30 to 40 miles per hour in force it would seem. For half a mile out white caps race toward the shore and at Skaket Beach the sand lashes at the car and dances up the road away from the beach in windy (riverlets?) of sandy clouds. I parked there at Skaket for a moment with Cindy and Shelley. Overhead a score or more Canadian geese hung winging into the wind, forming and reforming until at last in a V they flapped off Southwest along the shore of the bay.

It is now that I find the many jobs have not been completed as far as weatherproofing the house. Two storm windows still to be put up in the back upstairs (this accomplished by hooking them from the inside, and not a job for a windy day), the garage door leaks too much air, a window pane in the garage nearly out for lack of putty, the front “storm door” torn and in need of repair, and then there is the seaweed I had planned to stack around the foundation of the house, at least along the wing, which is usually 5 to 10 degrees cooler than the rest of the house. And so it goes. The jobs string out in endless line, and it takes a driving wind in the twenties to remind you of them all.

I have put together two beach collages. The first one I like so much that I took it to Hyannis to see if I could sell it at the Christmas sale. The second one hangs in the living room. I find them attractive because of the use of drift wood and small shell, etc. The various materials in a pleasing arrangement but mostly various woods mounted on a sea-worn board or plank. It would seem as though there might be a market for such things. They make striking decoration.
Posted by Dell Smith at 4:52 PM No comments: 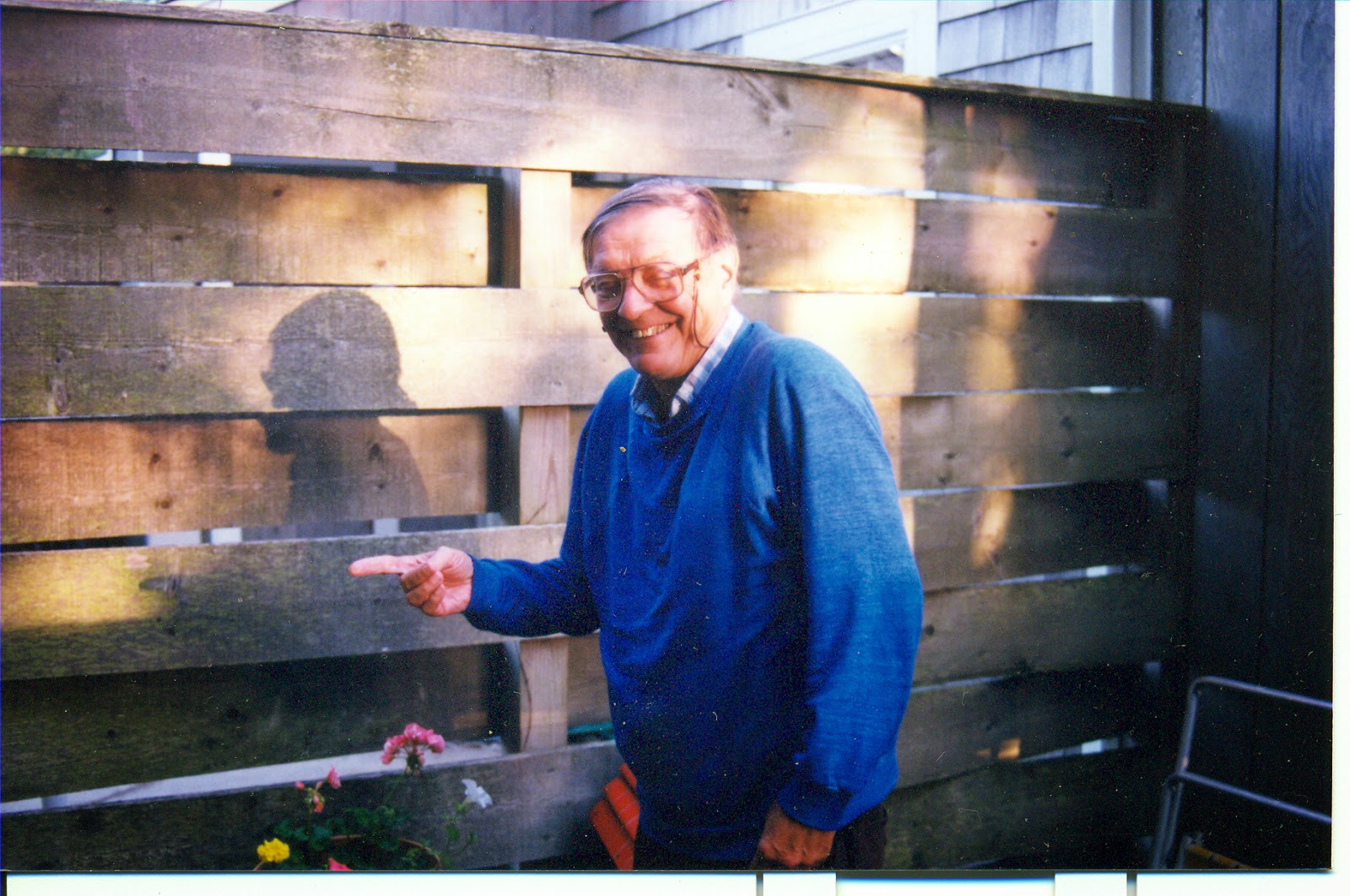 Covering a couple days here. December 4 is the nerve-wracking day of signing papers for the Drummer Cove Cottages (no lawyers' names included, thank you very much). December 5 our man is back in form, taking an oil class and putting his work into a local craft show.

[To enlarge each image below for a better reading experience, right click and select Open Link in new window. In the new window, click the image to make larger or smaller.] 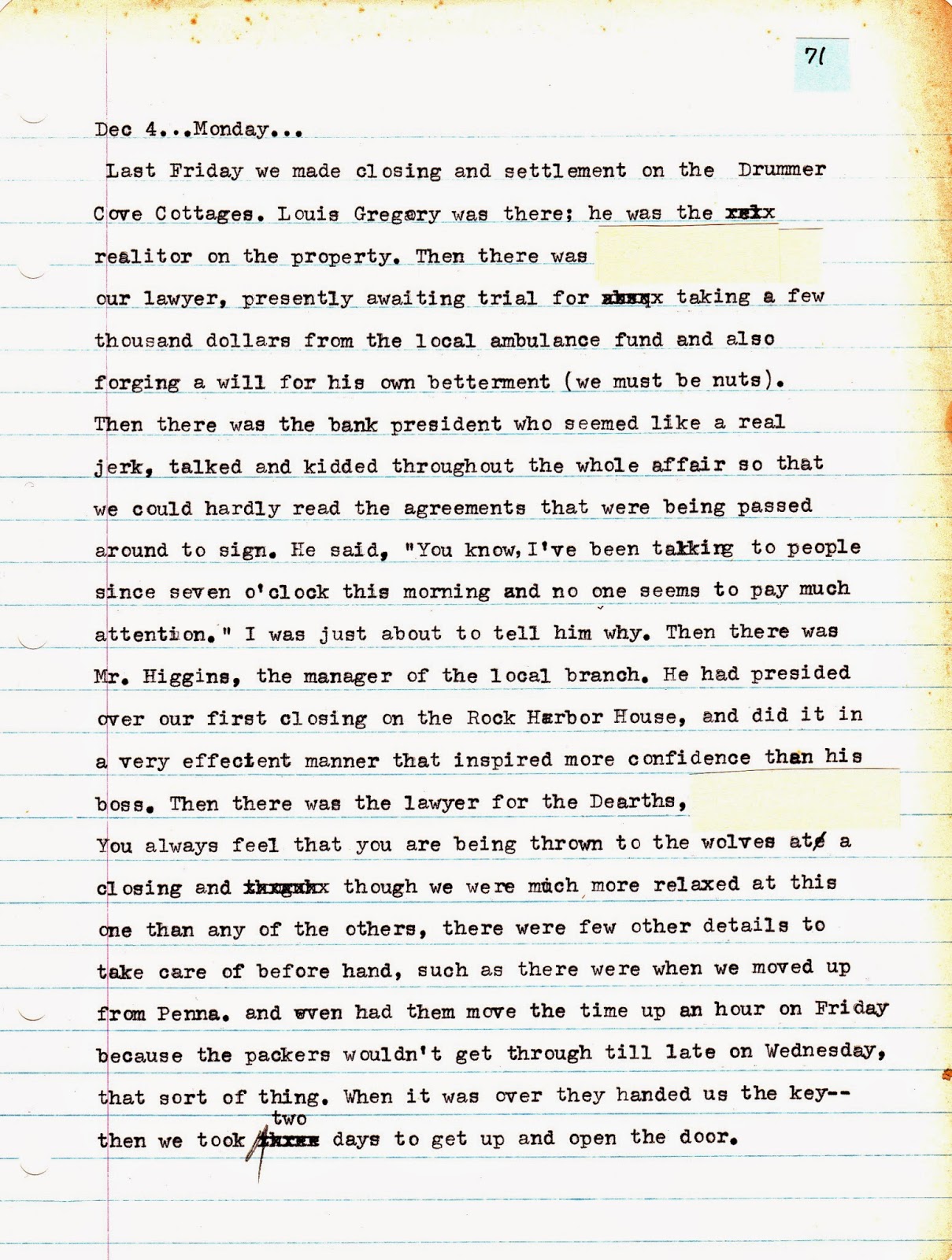 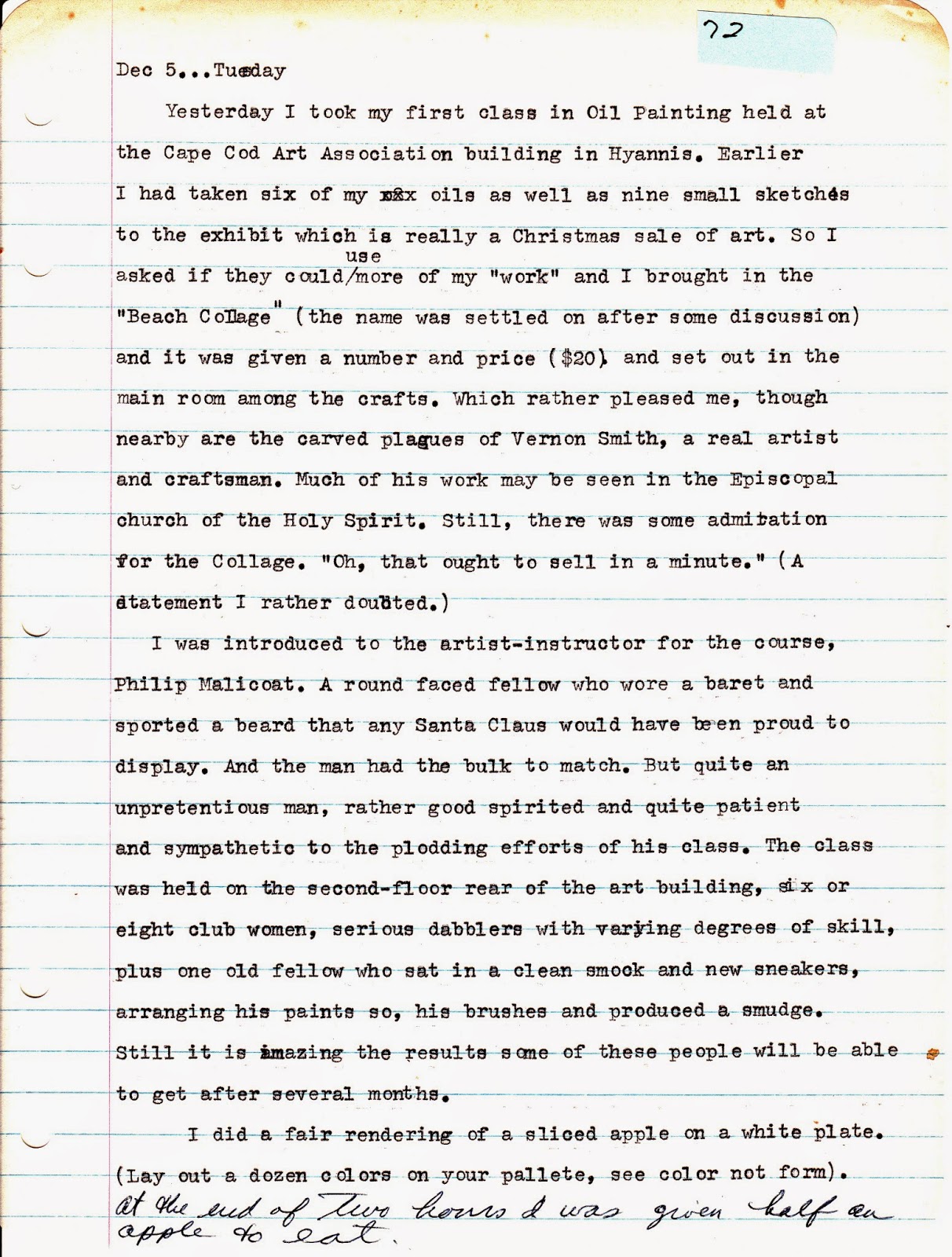